The Chest Pain is the Hardest Part 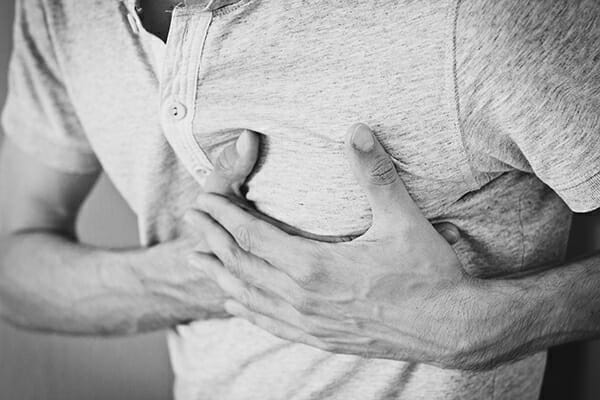 When I learned that veteran rocker Tom Petty had died at 66 of a heart attack, the first thing I did was to turn on his music, but then I thought –A heart attack?   Wasn’t that preventable?

Yes, certainly, it was, but it doesn’t happen by itself—you have to be paying attention.   I don’t know about Tom Petty’s life aside from what you learn from listening to his music for 40 years and from whatever I’ve read in Rolling Stone, but I wish Tom Petty had done a cardiac stress test and gotten a coronary calcium score.  Things may have been different.

One of the great accomplishments of the modern era is that since 1970 the death rate from heart disease in the U.S. has dropped by 75%.  That’s an amazing number.   But it didn’t happen by magic, and heart attacks and strokes remain more common as a cause of death than all cancers combined, in women as well as men.  Read that again if you didn’t get it.

Tom Petty was found in full cardiac arrest and not breathing at his home on October 2.   325,000 people still die of sudden cardiac death in the U.S. every year.

A heart attack happens when there is a 100% blockage of a coronary artery.  These are the blood vessels that supply the heart muscle itself, and they’re not giant blood vessels, they just happen to be supplying the heart.  If you get a complete obstruction of one of them, then a wedge of heart muscle gets no blood supply at all—and that’s what damages the heart when someone has a heart attack.  When somebody has a stroke, the exact same thing happens in a blood vessel supplying the brain—completely obstructed.  Then how bad the stroke is will be totally related to the size of the blood vessel, and what part of the brain it’s supplying.

But the risk factors that influence getting blockages in the two places are exactly the same things:

Particularly important, the initial four hours when part of the heart muscle is actively not getting blood flow—but before the heart muscle cells have died—is a very dangerous time, where the heart can be prone to go into an arrhythmia.  In ventricular fibrillation, no longer are the heart muscle cells producing a coordinated contraction so the heart does its job as a pump, but instead each heart muscle cell is contracting independently of all the others, and the heart just quivers.  Then you have no blood pressure, and if you are standing up, in five seconds you are down.  Then those still among the living have four minutes to re-start the heart by defibrillating with a properly placed electrical jolt, but after 4 minutes you start to lose brain cells from lack of oxygen, and after 10 minutes you can still re-start the heart, but the brain already has significant damage, so you don’t want to do it.

A cardiac treadmill stress test is evaluating the blood supply to the heart, and we’re specifically looking to see if there’s any sign that at peak exercise you are not getting enough blood flow through the coronary arteries to supply the heart’s increased demands.  You need four times as much blood flow at peak cardio exercise to squeeze through the coronary arteries to give the heart what it needs compared to what it needs at rest.  If you have major blockages, you can’t get that much blood flow through because the arteries are too narrow, and this then becomes the first time you can pick up signs of potential problems.  Long before you have tightness in your chest or difficulty breathing, you get very characteristic changes in the EKG complexes (okay, it’s technical—you get “ST-depressions”).  If you can do the stress test and the EKG tracings stay normal, it’s very strong evidence that for functional purposes your coronary arteries are in fact open and clean and unblocked.  If abnormalities develop during the stress test, you go to further testing with a Cardiologist to confirm or disprove the presence of blockages, if need be all the way up to an angiogram, which is invasive.

If you have a normal stress test, that means you have no functional obstructing lesions, and you are medically cleared to do any amount of exercise you’d be inclined to do, and it should be essentially impossible to get yourself into cardiac trouble from any exercise.  But the limiting factor of the test is that if you don’t have at least a 50% blockage or more, the blood flow will be unimpaired no matter how hard you exercise, and there are times where you would like to know if there are more minor blockages developing, and that’s where the coronary calcium score comes in.

Roy Orbison died of a heart attack at 52 in 1988.  George Harrison succumbed at 58 in 2001 to metastatic lung cancer from cigarette smoking.  We’re down to two living Traveling Wilburys—and as far as I know Jeff Lynne and Bob Dylan are fine.  If they’d like to make an appointment for an Elitra exam we’d do a stress test and a coronary calcium score as part of their comprehensive exam.    But at the very least they should check in with their doctors, who ought to be able to ensure that their hearts will be rocking for years to come.

We value your privacy. Our cookies are used to analyze our traffic while improving your browsing experience. Accept Reject